Gum Disease and Your Heart 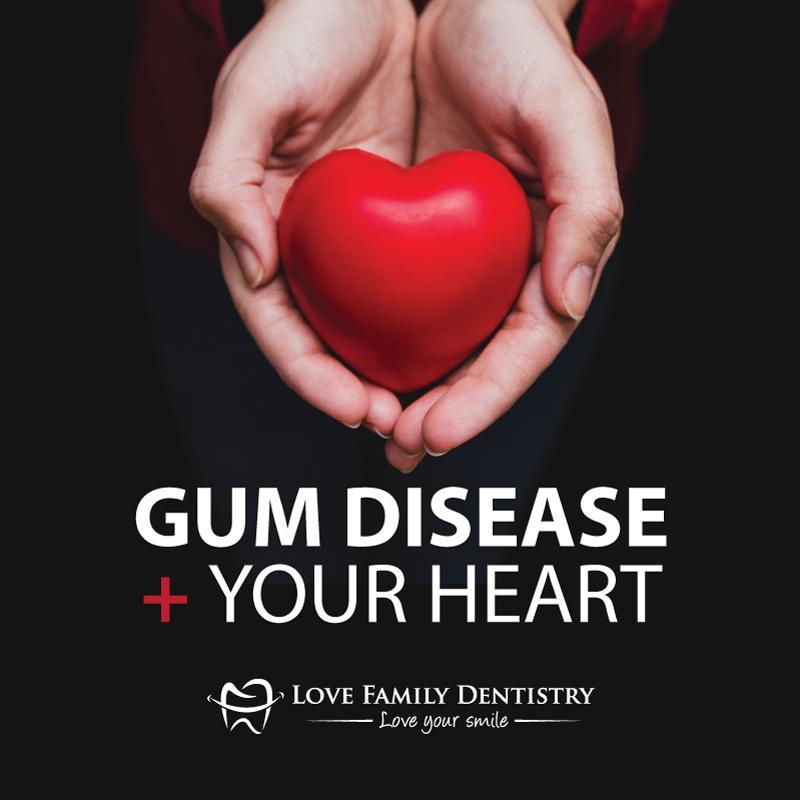 For years we’ve heard how the plaque we allow to develop in our mouths has a habit of traveling to other parts of our bodies and collecting there as well – namely in the arteries and vessels of our hearts and brains. We learned that oral plaque is linked to all sorts of diseases from Alzheimer’s and stroke, to diabetes and heart disease, and that regular dental maintenance can not only protect our teeth, but our vascular health as well. Well, as it turns out, that’s not exactly the entire story.

Have you ever heard the story of how Dr. Barry Marshall and Dr. Robin Warren discovered that a tiny bacterium – and not spicy food, stress and acid – were the cause of peptic ulcers and gastritis? Their theory, which at first drew ridicule, was only taken seriously when Dr. Marshall decided to ingest a sizable amount of H. Pylori bacterium contained in a petri dish. When he contracted gastritis a mere eight days later, the medical profession paid attention. They also awarded him a Nobel Prize in 2005 for his efforts. Not bad for questioning authority. In fact, questioning everything is at the core of science.

That’s why, in 2012, the American Heart Association (AHA) undertook a review of 60 years of research into both gum and heart disease to see if there was indeed a causal relationship between the two. Their conclusion astounded both the medical and dental communities, and in May of that year, the AHA released its findings stating that *at this time* no direct causal relationship could be found. Later, it further clarified its position commenting that: “studies have found an association between the two diseases that cannot be explained by the common risk factors.” In other words, at this time, we just don’t know for sure if there is indeed a causal relationship. And that’s science. We often just don’t know for sure until many years after we start testing, and that is why we’re always testing.

What can you do today?

For now, all we can say affirmatively is that people who have gum disease and heart disease have many of the same risk factors. Maybe they smoke, are of a certain age, have diabetes, or share similar dietary habits. The similarities and associations are certainly there, but it’s just too early to say definitively that having gum disease can *cause* heart disease. It may seem a minor distinction, but the devil is in the details, as they say.

So what’s the best course of action? Of course, it’s smart to take care of your teeth. Even if no causal factor is ever found, the evidence is surely there that supports how taking care of your teeth is good for your oral health, the stability of your teeth, your outward appearance, and your pocketbook. Maybe it’s us, but those reasons alone are good enough reasons to support a robust oral health care regime! 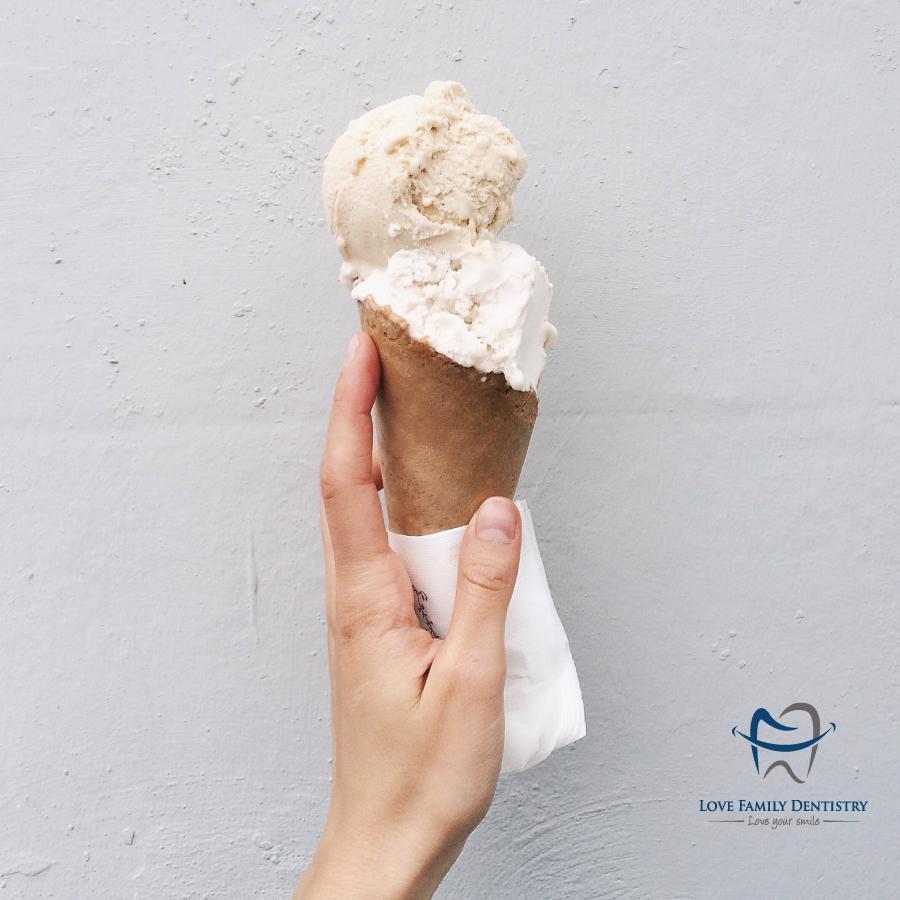 With all this warm summer weather it is easy to find sweet and cold ways to cool down. Many people however, suffer from sensitivity to cold foods and beverages. 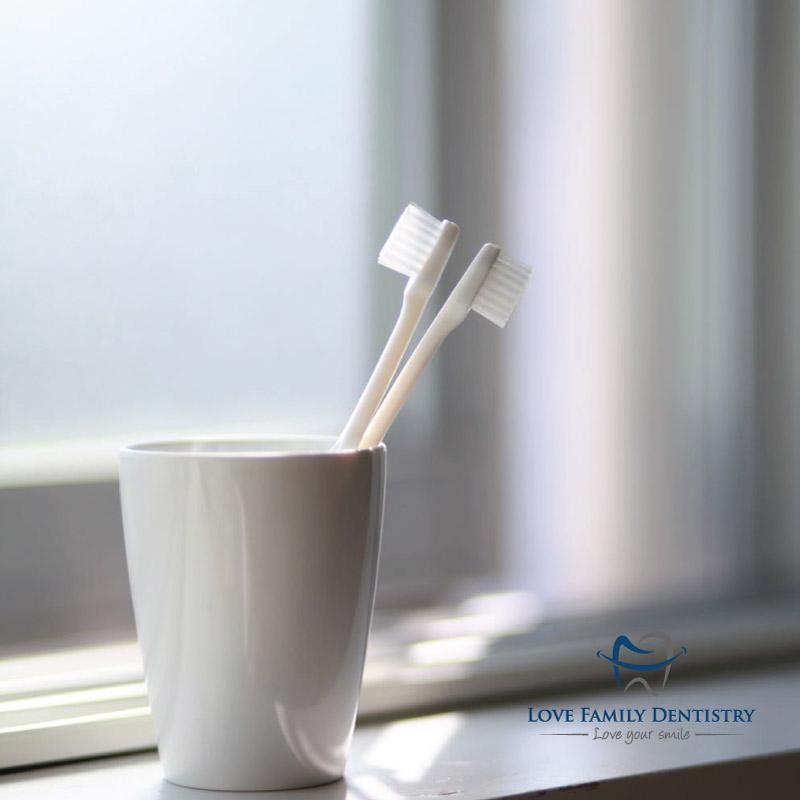 Do you have white and brown streaks or spots on your teeth? You may think it is a form of tooth decay, but you’ll be pleased to learn it’s more likely a case of mild to moderate dental fluorosis. Fluorosis occurs when tooth enamel is exposed to too much... 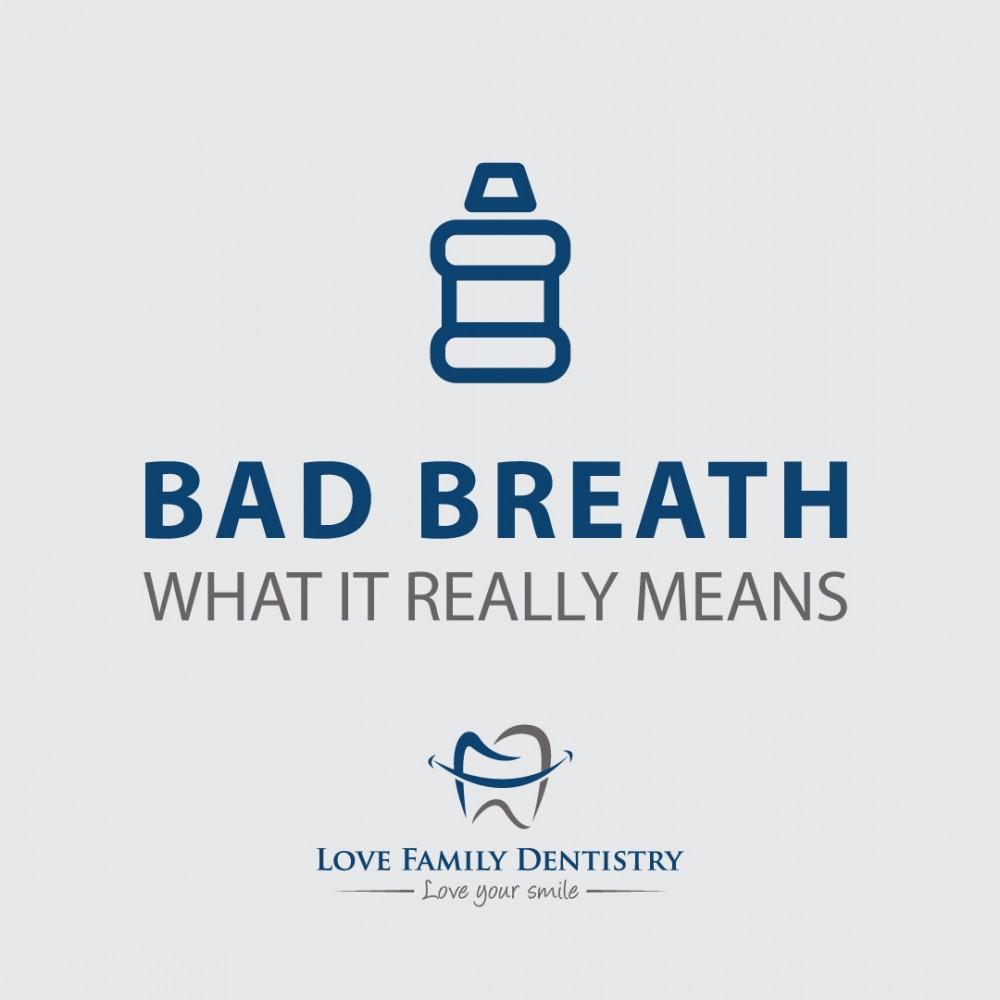 If you’ve ever gotten that not-so-fresh feeling on a date, at a job interview or just talking with friends, you’re not alone. Studies show that 50 percent of adults have had bad breath, or halitosis, at some point in their lives. 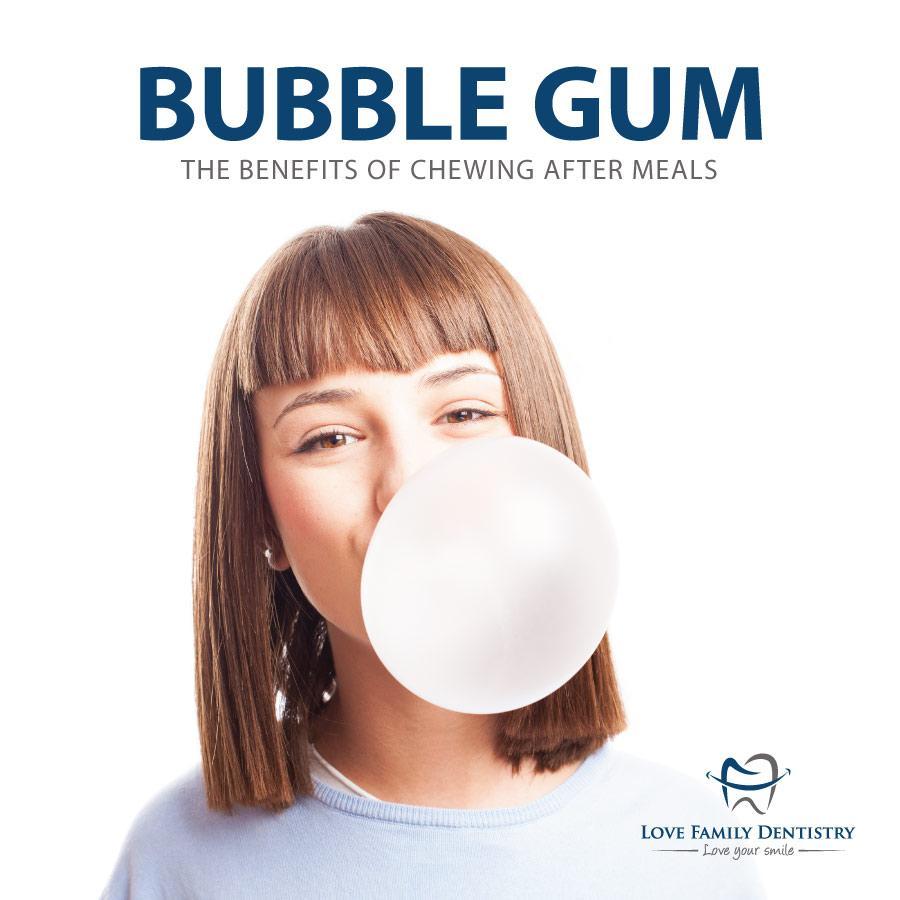 Many studies have shown that chewing sugarless gum for 20 minutes or more following meals can help prevent tooth decay. 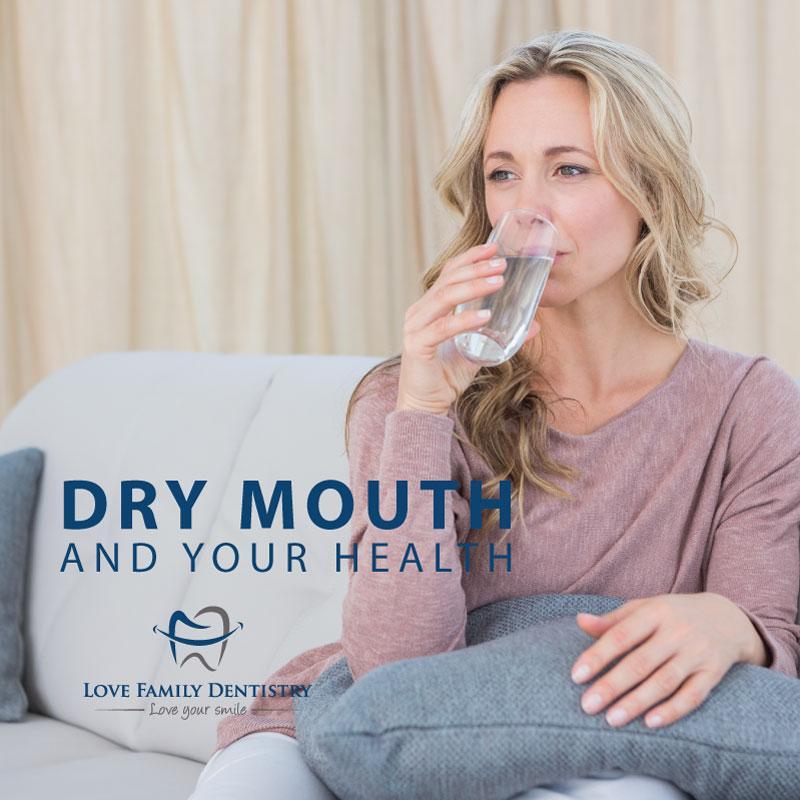 Always Thirsty? What You Should Know

Thirst is your body’s way of telling you that it’s running low on water, which it needs to function well. It is very normal to feel thirsty when it’s hot or after you’ve powered through an intense workout. 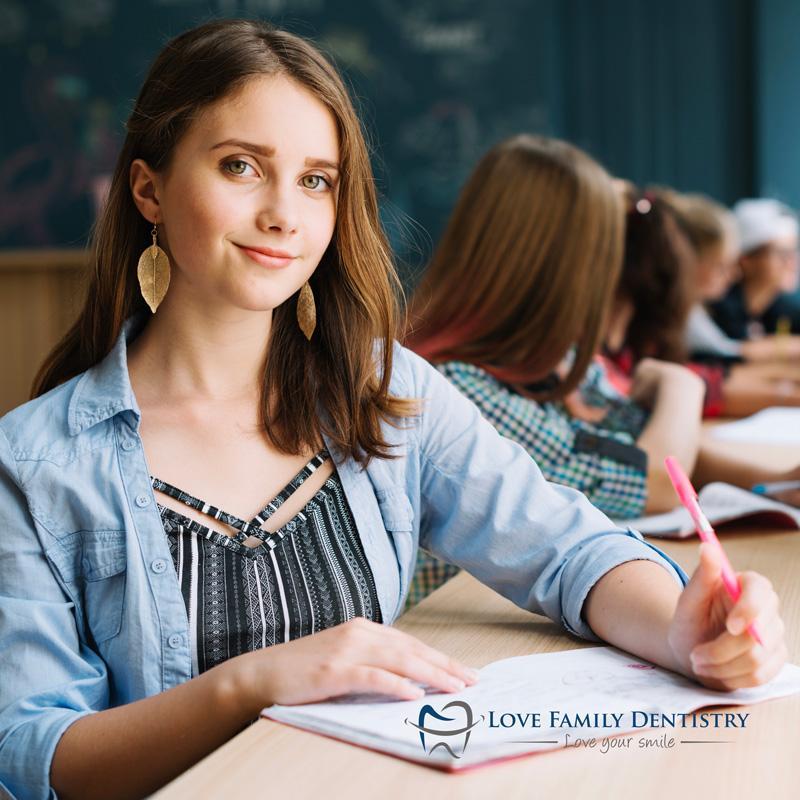 Is Your Teen Stressed Out about A Gummy Smile?

The amount of gum tissue we possess, just like how much hair we have on our heads, is merely a matter of anatomy. Some of us just have more of it than others. If your teen is unhappy with their smile, and consider themselves to have too much gum tissue...